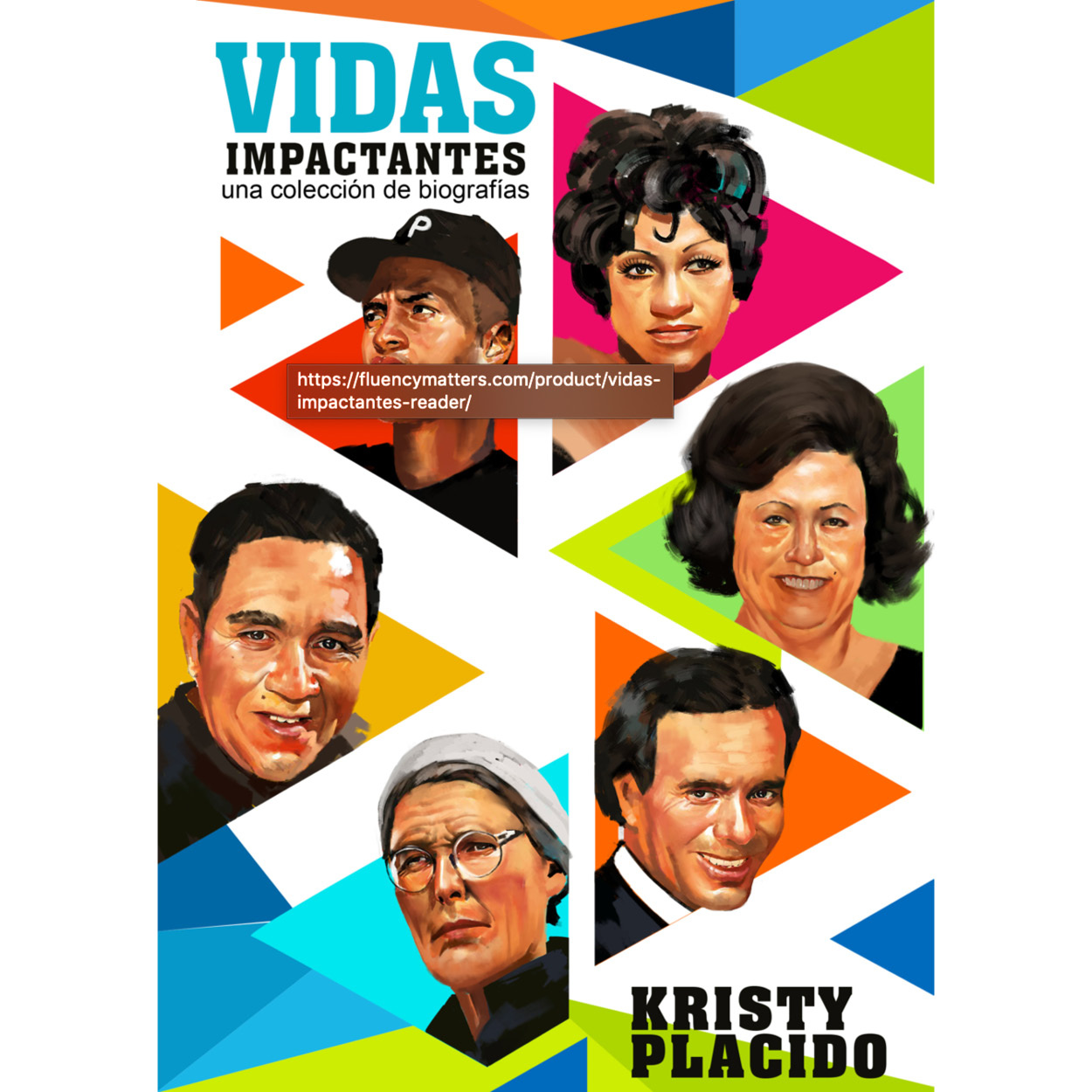 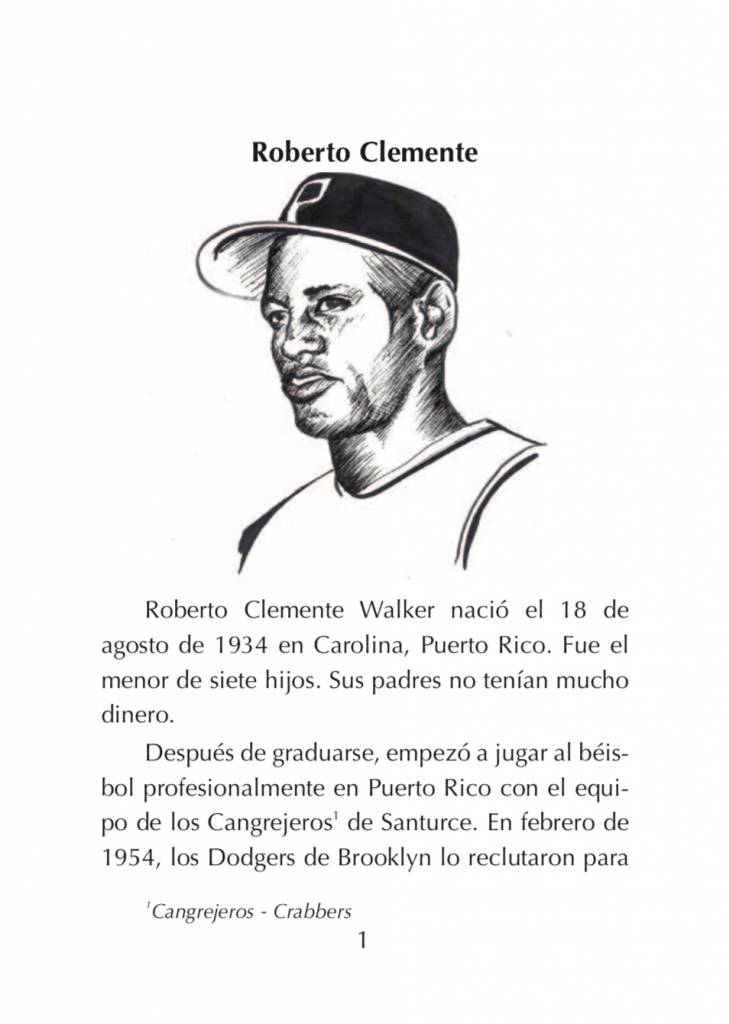 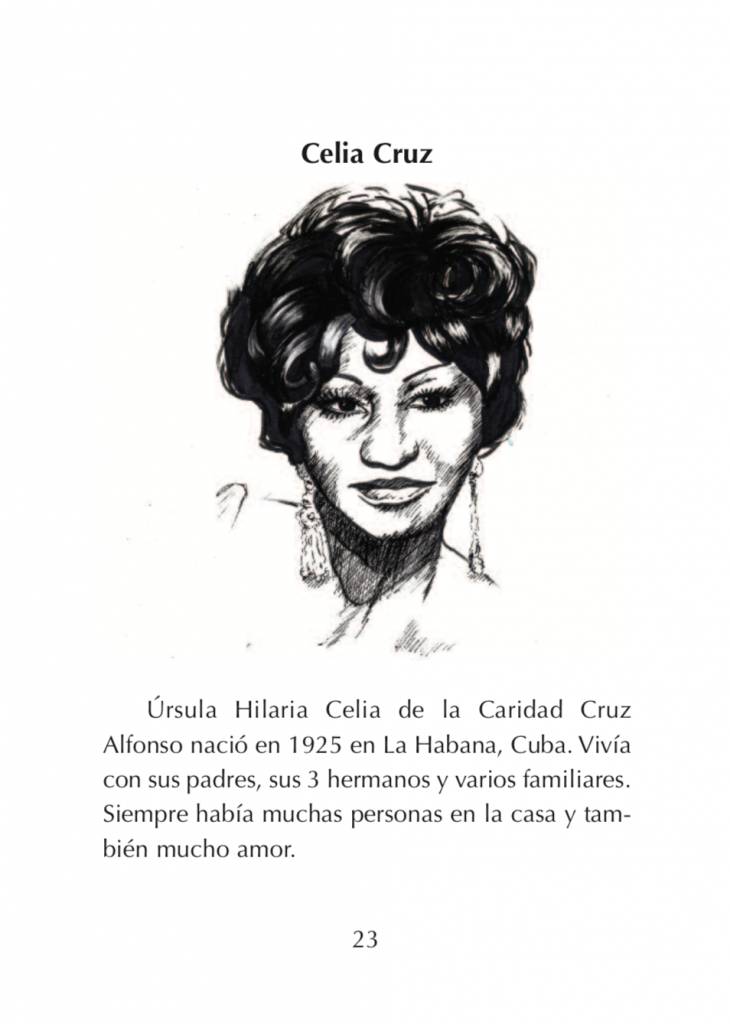 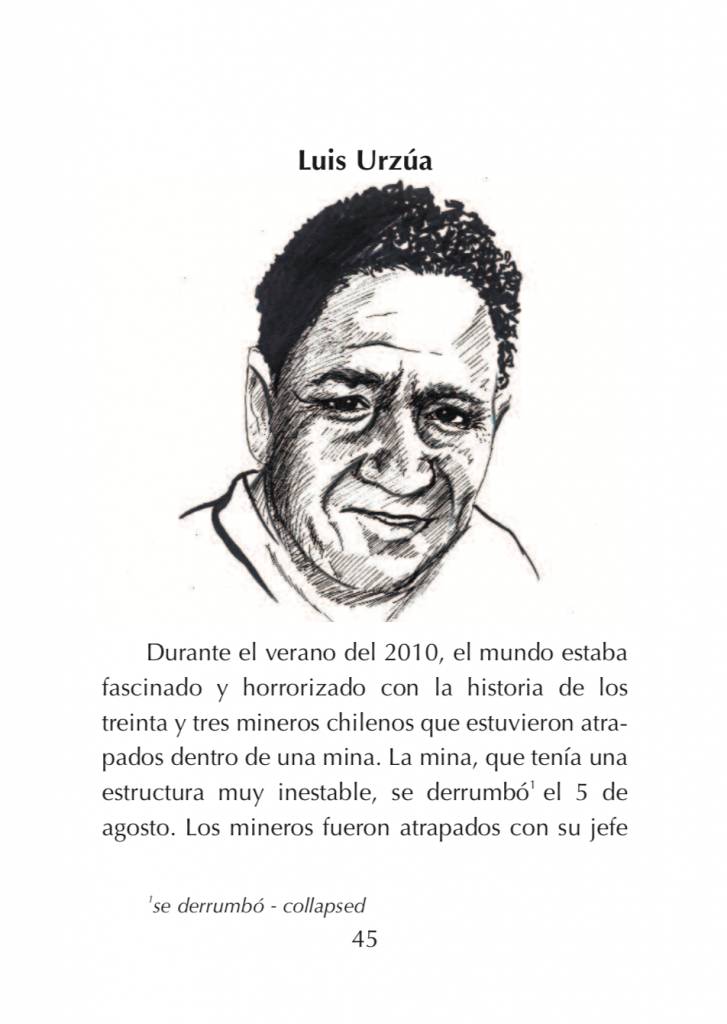 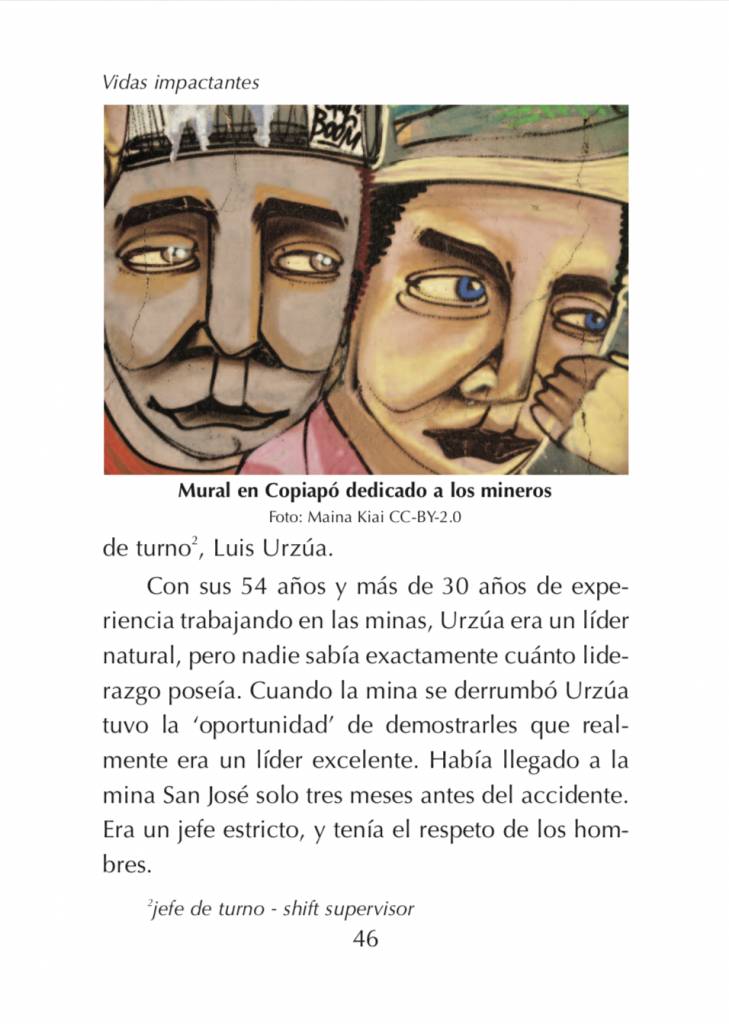 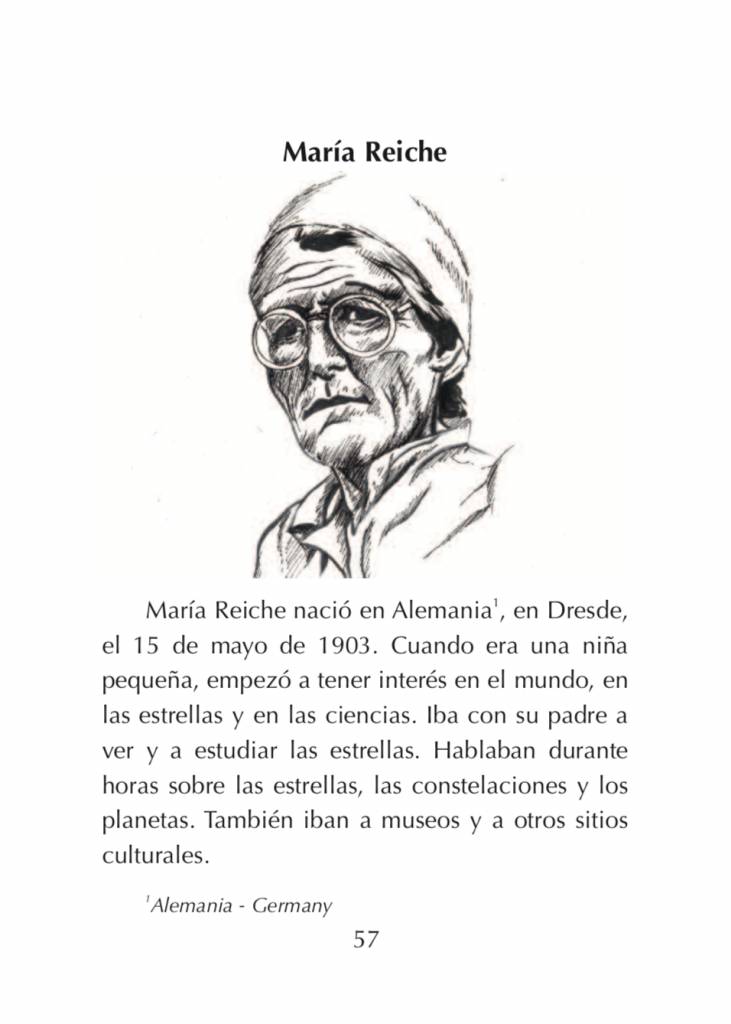 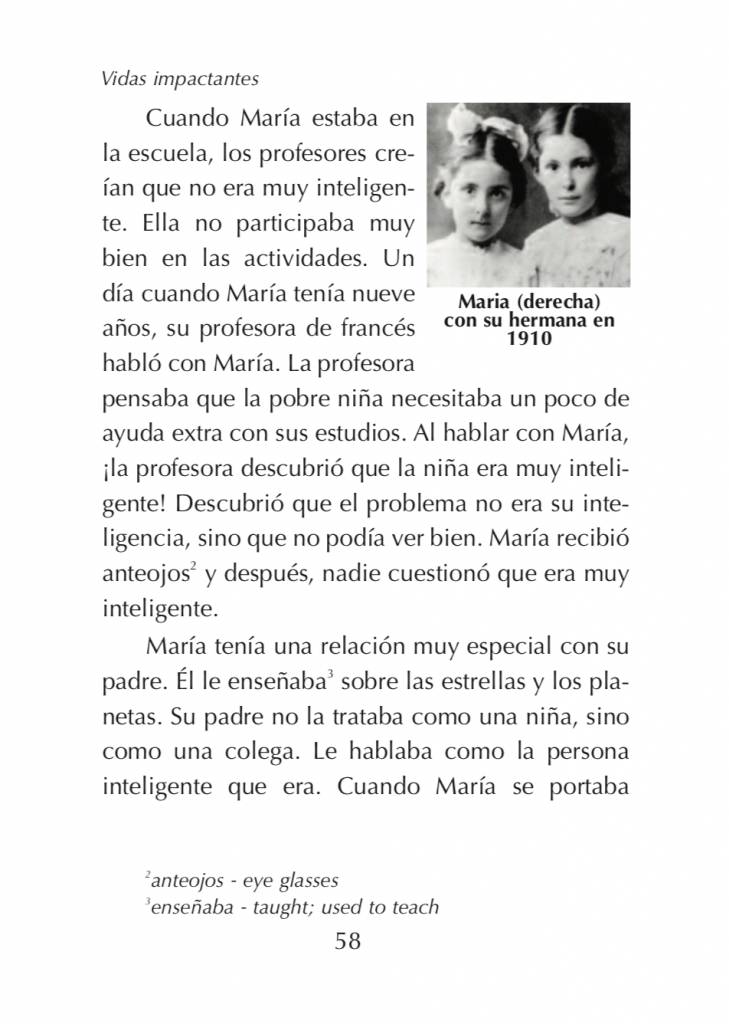 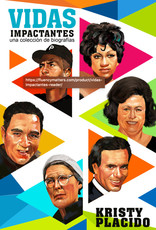 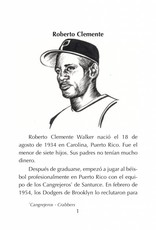 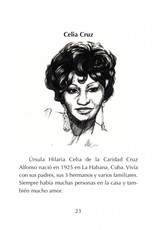 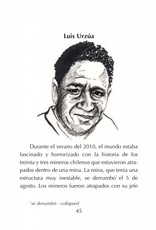 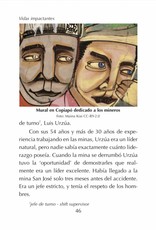 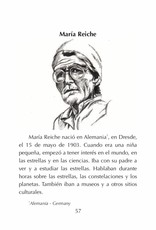 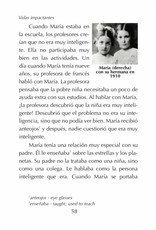 Vidas impactantes contains six biographies of people from Spanish-speaking countries who have led or still lead interesting and inspiring lives. It is intended for students who already have some knowledge of Spanish, but the words and constructions are not complicated and often recur in the stories. Unfamiliar words and complicated constructions are translated at the bottom of the page (in English) and there is a glossary Spanish-English at the back of the book.
While reading you will learn about the different countries and the spirit of the times. The first life story is Roberto Clemente's, a Puerto Rican and the first Latino to be included in the American "National Baseball Hall of Fame" after having played baseball for eighteen seasons in the USA at a time when racial segregation prevailed. Then there is Azucena Villaflor, one of the first "Mothers of the Plaza de Mayo", Argentina, demanding to know what happened to her son under the military dictatorship of Videla. Celia Cruz was a Cuban singer who fled her country under the Castro regime and became known as "the Queen of Salsa". Julio Iglesias is still alive and still famous as a singer, but started out as a profesional football player for Real Madrid. Luis Urzúa was the shift supervisor of the 33 miners that got trapped in a mine in Chile in 2010 and was instrumental in their survival. After 69 days all of them were rescued. And finally Maria Reiche, who was born in Germany, but moved to Peru, where she researched the Naza lines, huge drawings in the sands of the pampa, now declared a World Heritage Site.

Is this very interesting book suitable for you? You can read some sample pages by clicking on them on the left-hand side. If you can read these pages fairly easily this book is the right one for you.

For Teachers
'Vidas Impactantes' is aimed at lower intermediate students, about A2 level. There is a glossary Spanish-English at the back of the book and unfamiliar words and complicated constructions are translated in English at the bottom of the page. The stories are isolated units and can be read on their own or in any particular order, both individually and in the class. They make good material to cover a certain country or timeframe.

Spanish easy reader at A2-level. The turbulent life of the mexican artist Frida Kahlo has inspired many people. Get to know her through this short, easy and exciting biography!
Add to cart
Frida Kahlo
€8,85 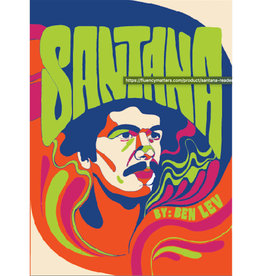 Carlos Santana is one of the best rock guitarists of all times. This book is about his life and his music.
Add to cart
Santana
€8,85 Six Latin-American legends told on two levels: pre-intermediate and intermediate.
Add to cart
Leyendas impactantes
€9,35
Please accept cookies to help us improve this website Is this OK? Yes No More on cookies »